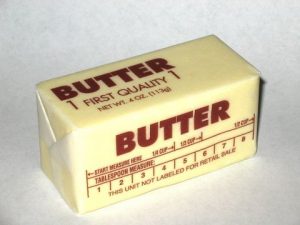 The areas of nutrition and disease prevention are full of incompetence.

We have been wrongly advised to avoid saturated fat and cholesterol, despite no evidence of harm.

Here are the top 9 biggest lies, myths and misconceptions about dietary fat and cholesterol.

1. A Low-Fat, High-Carb Diet is The Optimal Human Diet

Back in 60s and 70s, many prominent scientists believed that saturated fat was the main cause of heart disease, by raising the “bad” cholesterol in the blood.

This idea was the cornerstone of the low-fat diet. Because of a few bad studies and misguided political decisions, this diet was recommended to all Americans in the year 1977.

However, there wasn’t a single study on this diet at the time. The American public became participants in the largest uncontrolled experiment in history.

This experiment didn’t turn out very well and we are still suffering the consequences. This graph shows how the obesity epidemic started at almost the exact same time the low-fat guidelines came out:

Read More About The 9 Lies…